Spotlight on the Franchising Industry...again! 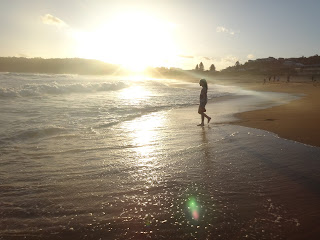 I decided to lodge a personal submission to the Parliamentary Joint Committee on Corporations and Financial Services enquiry into the operation and effectiveness of the Franchising Code of Conduct.  A copy of my submission is below

The operation and effectiveness of the Franchising Code of Conduct

Terceiro Legal Consulting (TLC) is an incorporated legal practice, which specialises in competition and consumer law (trade practices law). TLC has been operating since 2008 and has represented companies, businesses and individuals in Australian Competition and Consumer Commission (ACCC) matters.  TLC has also advised both franchisees and franchisors in relation to various franchise matters, including in relation to Breach Notices, marketing funds, terminations and restraint of trade provisions.

Michael Terceiro, the principal of TLC, formerly worked at the ACCC for 15 years in a variety of positions, including as a Director of Enforcement and the Director in charge of the Sydney Mergers and Asset Sales Branch. In these roles, he was responsible for running investigations and litigation into alleged breaches of the competition and consumer laws and the Franchising Code of Conduct.  Michael has a great deal of ACCC enforcement experience, having ran more than than 600 investigations, including more than 100 merger clearances, and 30 court cases during his time at the ACCC.

(i) likely financial performance of a franchise and worse-case scenarios,

Based on my experience, it is very rare for a franchisor to provide a prospective franchisee with any meaningful information about the likely financial performance of a franchisee business.  I suspect that the reason for this is due to a tendency amongst advisors to provide particularly cautious legal advice to franchisors which encourages them not to take any chances in relation to the disclosure of financial information.

(ii) the contractual rights and obligations of all parties, including termination rights and geographical exclusivity

I believe that some franchisors sometimes use the dispute recovery cost clauses in their evergreen / perpetual franchise agreements as a means of pressuring franchisees to resolve legitimate disputes as quickly as possible and in a manner which is highly advantageous to the franchisor. In effect, franchisees are concerned that if they decide to challenge the franchisor about an issue, such as a Breach Notice, they will be liable not only for their own legal costs, but also for the franchisor’s legal and other costs incurred in resolving the dispute.

Indeed, I had the unfortunate experience of dealing with an advisor for a national franchisor in a franchise dispute involving a franchise agreement which contained just such a dispute cost recovery clause.  Throughout the dispute the advisor for the national franchisor appeared intent on generating as much correspondence as possible in relation to the dispute (sometimes sending two letters in a single day), whilst at the same time continually pointing out to me the financial effects that the dispute cost recovery clause would have on my client.

Furthermore, franchisors with evergreen / perpetual franchise agreements are not required to update those agreements to ensure that they are consistent with the new Unfair Contract Term laws introduced in November 2016.

(iii) the leasing arrangements and any limitations of the franchisee’s ability to enforce tenants’ rights, and

(iv) the expected running costs, including cost of goods required to be purchased through prescribed suppliers;

I have come across a situation where a franchisor has apparently sought to control the retail margins of franchisees so as to prevent them from purchasing goods from outside of the franchise system, which was permitted under the franchise agreement.

I understand that there are a number of differences in terminology between the Code and the Oil Code.  It is important to address these differences to reduce the level of confusion which can arise.

As stated above, franchisors with evergreen / perpetual franchise agreement have no legal obligation to update their agreements to ensure that they are consistent with the new Unfair Contract Terms legislation introduced on 12 November 2016.

(d) whether the provisions of other mandatory industry codes of conduct, such as the Oil Code, contain advantages or disadvantages relevant to franchising relationships in comparison with terms of the Franchising Code of Conduct;

I have come across situations where franchisors have incorrectly alleged that a franchisee has engaged in fraudulent conduct in a Notice of Breach. When asked to advise on these Notices of Breach it has been clear to me that whilst the franchisee may have engaging is false or misleading conduct, the alleged conduct did not satisfy the elements of fraud.
In order to address this particular problem, it make be worthwhile for the Code to be amended to include some further guidance at to the legal meaning of the words “act fraudulently” in clause 29(1)(g) of the Code.

(f) the imposition of restraints of trade on former franchisees following the termination of a franchise agreement;

ACCC’s enforcement of the Code

An issue which will no doubt be front and centre of the enquiry is the effectiveness of the Australian Competition and Consumer Commission (ACCC) as an enforcer of the provisions of the Franchising Code of Conduct. Unfortunately, in my view, the ACCC’s enforcement of the Code has not been effective.

The following table outlines the ACCC’s record in terms of enforcing the provisions of the Code. This table is based on information currently available on the ACCC’s website and the ACCC Annual Reports.

In other words, over the last fifteen years, the ACCC has pursued 30 formal outcomes in relation to the Franchising Code. The ACCC has been successful in 29 of these cases, with only the Kyloe case having been dismissed as not disclosing a breach of the Code.

The above figures are somewhat misleading, as a number of these Franchising Code investigations and outcomes listed on the ACCC website as franchising outcomes did not in fact allege any Code breaches.  For example:

Accordingly, the ACCC has actually had 25 successful outcomes in relation to Code breaches in the last 15 years.   In my view this is a very low level of enforcement activity given the size of the franchising sector in Australia and the number of franchising complaints received by the ACCC over that period.

In addition, many of the franchisors against which the ACCC has taken enforcement action are relatively small operators with both limited market share and low brand recognition.  Accordingly, one is left to question the effectiveness of these enforcement actions in terms of achieving general deterrence, particularly in the boardrooms of larger, national franchisors.

While the ACCC’s record in the enforcement of both the Competition and Consumer Act 2010 and the Australian Consumer Law 2010 has been nothing short of sensational in recent years, the ACCC continues to struggle in the franchising area.  Put simply I believe that there is a significant degree of serious non-compliance occurring in the franchising sector which the ACCC is simply not addressing.

I believe that there are a number of large franchisors that are not complying with their obligations under the Code in relation to marketing and cooperative funds.  Not only are significant expenditures not being approved by the franchisees, but audit reports are not being sent to franchisees.

Many franchisees are quite fearful of challenging the franchisor on any legitimate issues because of their concern about the possibility of reprisals and victimisation.  It is clear from my engagement in the franchising sector that some franchisors adopt a divide and conquer strategy when dealing with their franchisees.  Franchisees who are perceived to be trouble-makers are subject to additional scrutiny, including having to respond to questionable Breach Notices.

An idea which may be worth considering is the establishment of a specialist Small Business Code Authority (SBCA) modelled in the newly created Australian Financial Complaints Authority.

A significant issue for many small businesses, particularly franchisees which are engaged in a dispute with their franchisor, are the costs of pursuing their dispute through the courts, in the event that mandatory mediation does not result in a resolution.

Currently, small businesses have the option of commencing proceedings in the Federal Court or the Federal Circuit Court which is a very costly exercise.  A more cost-effective option may be to establish a specialist agency with jurisdiction to both mediate and adjudicate disputes arising under various Codes.

The purpose of the new SBCA would be to mediate and adjudicate various small business disputes arising under various mandatory Codes, including the Franchising Code of Conduct, Oil Code and the Horticulture Code.  The jurisdiction of the SBCA could also be extended as new mandatory codes are introduced, for example the Grocery Code, if a decision is made to make that Code mandatory, and the recently proposed Dairy Code.

Posted by Mike Terceiro at 19:55 No comments: