You can go to jail for breaching the Australian Consumer Law! 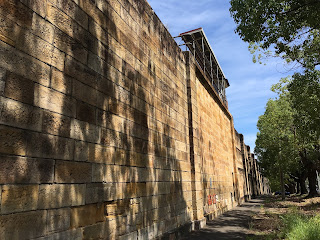 Introduction
A little known fact about the operation of the Australian Consumer Law 2010 (ACL) is that it is in fact possible for an individual to go to jail for up to three years  for breaching particular provisions.  The realisation that individuals can actually go to jail for engaging in a contravention of consumer protection laws will no doubt make many company officers and employees sit up and take notice.

Sorensen case
In February 2015, the NSW Fair Trading Minister, the Hon. Matthew Mason-Cox announced that serial conman Mr Peter Noel Anthony Sorensen had been jailed for a period of 15 months for contravening the ACL.

Mr Sorensen had previously been convicted in October 2013 of a similar offence, again involving the false invoicing of mining companies for advertisements which had never appeared and which they had not wanted. On that earlier occasion, Mr Sorensen was ordered to pay fines and penalties of $43,200 and compensation of $96,000.

When considering the issue of the appropriate penalty, the Court considered a range of issues. Most notably the Court placed weight on the fact that it was Mr Sorensen’s second offence for similar conduct and that he had failed to comply with the earlier compensation order.  At the time of sentencing, Mr Sorensen had paid compensation of only $2,200 rather than the full amount of $96,000.

Legislation
Mr Sorensen was sentenced to 15 months imprisonment pursuant to section 64 of the NSW Fair Trading Act 1987 (FTA) which states:
As is apparent from the above, the Court may decide to imprison an individual for a second or subsequent conviction for a contravention of Divisions 1, 2 or 5 of the Part 4-1 of the ACL.  In other words, jail time may imposed for a second or subsequent conviction of the following specific provisions:

Individuals can therefore be sentenced to a period of imprisonment for a contravention of the above provisions of the ACL, if it is that individual's second or subsequent criminal conviction.

A second or subsequent civil contravention of the ACL cannot result in an individual being sentenced to a term of imprisonment.

Conclusions
The main take out from the Sorensen case is that it is possible for an individual to be sentenced to a period of imprisonment of up to three years for a contravention of the ACL.  The two conditions which would need to be satisfied for this to occur is that:

The second offence does not have to be of a similar nature to the first offence. Rather it appears that an individual could in fact engage in very different contraventions of the ACL but still be imprisoned for a period of up to 3 years.

In reality, the Court is much more likely to imprison a person who has been proven to have engaged in repeat offences of an identical or similar nature, as was the case with Mr Sorensen.

Accordingly, individuals and their legal advisers must think twice about deciding to plead guilty to  criminal charges under the ACL, as opposed to contesting the charges, on the basis that it may be more expedient and/or cheaper to do so.   Any guilty plea to a criminal offence under the ACL could potentially expose that individual to imprisonment for a period of up to three years in the event that they are convicted of a second offence under the relevant provisions of Part 4.1 of the ACL.

(1) Fraudster sentenced to 15 months jail - http://www.fairtrading.nsw.gov.au/ftw/About_us/News_and_events/Media_releases/2015_media_releases/20150217_fraudster_sentenced_to.page
Posted by Mike Terceiro at 23:41 No comments: