ACCC acts to restore competition to the Queensland pathology market 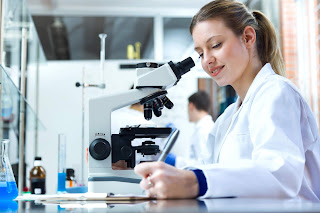 
On 16 June 2016, the Australian Competition and Consumer Commission (ACCC) announced that it had accepted court enforceable undertakings from Primary Health Care Limited (Primary) and Healthscope Ltd (Healthscope) requiring the divestiture or forced sale of extensive pathology assets in Queensland.[1]  The ACCC required this divestiture because in its view Primary’s acquisition of Healthscope’s Queensland pathology assets in 2015 had breached section 50 of the Competition and Consumer Act 2010 (CCA).

The Primary/Healthscope divestiture sends a strong warning to all businesses which may seek to complete a merger or acquisition without first seeking ACCC clearance – namely that the ACCC will not sit idly by and allow transactions which it believes substantially lessen competition to stand. Rather the ACCC will take action to reverse the effects of the transaction to “restore a competitive market structure”. Indeed, in many respects Primary and Healthscope can consider themselves to have been quite fortunate in avoiding the imposition of much more serious penalties.

Background
The divestiture undertaking came about because the ACCC believed that the acquisition by Primary of Healthscope’s Queensland pathology assets contravened section 50 of the CCA. Section 50 states:

(1)  A corporation must not directly or indirectly:

(a)   acquire shares in the capital of a body corporate; or

(b)  acquire any assets of a person;

After conducting an extensive investigation, which included the use of multiple statutory notices and the compulsory examinations under oath of executives from both Primary and Healthscope, the ACCC concluded that:[2]

The removal of the Healthscope Queensland pathology business from the relevant market/s through Primary’s acquisition of the Healthscope assets would be likely to have the effect of substantially lessening competition in one or more markets in contravention of section 50 of the Act.

Neither Primary or Healthscope agreed that the acquisition would have had the effect of substantially lessening completion in a market.  However, they both agreed to enter into the divestiture undertakings in order to address the ACCC’s competition concerns.[3]

Transaction history
In the Undertakings the ACCC sets out the history of the transaction.[4]  The ACCC stated that on 17 December 2014 Healthscope entered into arrangements with Primary to sell certain pathology assets including:

The two companies also entered into a number of service agreements and agreements to transfer employees from Healthscope to Primary. There was also an ancillary agreement to terminate ongoing litigation between the two companies.

The transaction was completed on 2 February 2015.

That the parties decided to complete the transaction without seeking ACCC approval is very surprising.  As stated by ACCC Chairman Rod Sims:

Primary and Healthscope completed the transaction without notifying the ACCC, despite being on notice that the ACCC would have serious concerns about the likely competitive effect…

It is of considerable concern to the ACCC that well-advised firms such as Primary and Healthscope chose to complete the transaction in the way that they did.[5]

Sim’s reference to the parties having been on notice of the ACCC’s concerns was a reference to the ACCC’s earlier 2012 decision to block the sale of the very same Healthscope assets to Sonic Healthcare Limited (Sonic).   As stated by the ACCC in relation to that matter:

The proposed acquisition (by Sonic of Heathscope’s pathology business) in Queensland would result in the removal of a substantial competitive constraint on the two major pathology providers in that state. Whilst Sonic and Primary are the clear market leaders in Queensland, Healthscope is an important competitor in that market.[6]

In other words, over 70 full-functioning collection centres are required to be sold.

The ACCC has also approved a prospective buyer for the divested assets, namely Medilab Pathology, which is described as an experienced pathology provider based in Sydney.

Accordingly, the effect of the divestiture will be that Medilab will become a new entrant to the Queensland pathology market. The ACCC has approved Medilab as an appropriate entity to acquire the Divestiture Assets because of it did not operate any existing pathology businesses in Queensland.

Schedule 2 of the Undertaking includes a “Proposed Purchaser Notice Form” which other pathology providers can lodge with the ACCC in the event that they wished to purchase any of the Divestiture Assets.[8] Such a situation may arise if Medilab decides that it does not wish to purchase a particular Divestiture Asset, in which case, Primary would be able to seek another buyer, but only an Approved Buyer as determined by the ACCC.

If the sale of all or part of the Divestiture Assets does not occur within the Initial Sale Period, the forced divestiture provisions in the Undertaking will take effect.  These provisions state:[9]

If any of the Divestiture Assets have not been sold by the end of the Initial Sale Period, the Undertaking requires Primary to dispose of the remaining assets through a Divestiture Agent, approved by the ACCC.  As is apparent the existence of forced divestiture provisions in the Undertaking places a great deal of pressure on Primary to agree to commercial terms with Medilab during the Initial Sale Period or face what will effectively be a “fire sale” of the remaining assets.

Risky behaviour
The ACCC made particular reference in its media release to its decision not to seek additional remedies against both Primary and Healthscope for having undertaken this transaction without having first sought an ACCC clearance:[10]

The ACCC has decided not to commence proceedings against both Primary and Healthscope seeking penalties and other remedies including divestiture. In making this decision, the ACCC’s motivation has been to restore a competitive market structure in Queensland as expeditiously as possible, and the onerous undertakings given by Primary and Healthscope achieve that.

The other remedies which would have been available to the ACCC had it decided to take legal action against Primary and Healthscope for a breach of section 50 of the CCA included pecuniary penalties and disqualification orders.

In terms of pecuniary penalties, the ACCC could have sought penalties from both Primary and Healthscope of the greatest of:

The other significant remedy which the ACCC could have sought in relation to this transaction were orders disqualifying directors and senior managers of both Primary and Healthscope from managing these corporations or any other corporations for a number of years.  This is a particularly relevant consideration for all full time directors of large publicly listed corporations, such as Primary and Healthscope, who may be excluded from their primary profession for many years for having engaged in a contravention of the CCA.

Conclusions
The risks of consummating a merger without first seeking ACCC approval can be very serious, particularly in circumstances where the parties did so with knowledge that the ACCC had competition concerns about the transaction. In this instance, Primary and Healthscope may have been quite fortunate to achieve the outcome which they did, particularly in terms of avoiding litigation, the imposition of significant pecuniary penalties and orders disqualifying their senior executives from managing corporations for a number of years.  Having said that Primary and Healthscope have probably not yet felt the full effects of this unfortunate transaction in terms business disruption, management time, legal costs and ultimately the costs of having to dispose of the relevant assets at bargain basement prices.

Posted by Mike Terceiro at 18:24 No comments: