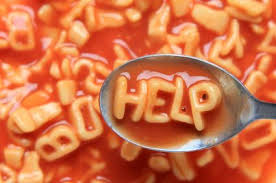 On 27 June 2017, the Commissioner Vestager announced the European Commission’s (EC) decision to fine Google €2.42 billion for abusing its dominance as a search engine.[1]  The EC found that Google had given illegal advantage to its own comparison shopping service over the services provided by its competitors.   While Google has appealed the EC decision to the General Court,[2] it appears that this is not the only competition concern facing Google in the EU.  In addition to announcing the sanction in the comparison shopping service investigation, the EC also stated that it had reached preliminary conclusions that Google has abused its dominant position in relation to the Android operating system and Adsense.

In this post I will outline the EC’s conclusions in the comparison shopping service investigation, and provide a brief summary of the EC’s other two major Google investigations.

As stated above, on 27 June 2017 the EC announced that it had decided to fine Google €2.42 billion for abusing its dominance as a search engine. This investigation focused on whether Google had given illegal advantage to its comparison shopping service.

In addition to paying the fine, Google had 90 days from the date of the EC decision to stop its conduct or face further penalty payments at the rate of 5% of the average daily worldwide turnover of Alphabet, Google’s parent, for each day of non-compliance.  The EC can also backdate these payments to the date that the non-compliance started.   Given Alphabet’s annual turnover in 2016 was approximately $US90 billion, penalty fines for non-compliance could be as high as $US4.5 billion a day.

The EC decided that Google was dominant in each national market for general Internet search throughout the European Economic Area, with a market share of more than 90%.

The EC found that Google advantaged its own comparison shopping site “Google Shopping” (previously known as “Google Product Search” and “Froogle”) by:

In other words, Google placed the results from its own Google Shopping comparison site above the search results that Google’s own generic search algorithm determined were the most relevant to the consumer’s search. It also sometimes reserved space on the right hand side of the search results to display its own results.

The EC also noted that Google’s main rivals in comparison shopping were demoted on average to page 4 of the Google search results.  Rival sites were found to have been demoted by at least two different algorithims, which were first used by Google in 2004 and 2011. This resulted in a decline in clicks on these rival sites by more than 90%.

The EC found that Google’s conduct has started in 2008 in Germany and the United Kingdom and then moved to France, Italy, the Netherlands, Spain, the Czech Republic, Austria, Belgium, Denmark, Norway, Poland and Sweden.

The net effect of Google’s conduct was to assist Google Shopping to make significant gains in consumer traffic at the expense of its major rivals. As stated by the EC Google’s conduct resulted in the following traffic growth of its comparison shopping service:

As concluded by the EC:

What Google has done is illegal under EC antitrust laws. It has denied other companies the chance to compete on the merits and to innovate. And most importantly, it has denied European consumers the benefits of competition, genuine choice of service and innovation.

The EC summarised its Android operating system investigation as follows;

The Commission is concerned that Google has stifled choice and innovation in a range of mobile apps and services by pursuing an overall strategy on mobile devices to protect and expand its dominant position in general internet search.

The EU has claimed that Google is manipulating handset-makers and telcommunications companies by forcing them to agree to exclusive deals to pre-install key Google apps, such as Google Search and Google Play.

Google has also been accused of paying handset-makers and telecommunications companies to pre-install Google Search, and preventing the sale of handsets using non-Google versions of Android through “anti-fragmentation” agreements.

Most significantly the EC has announced that it has reached a preliminary conclusion that Google’s conduct in relation to the Android operating systems constitutes a breach of its dominant position in the relevant market.

As stated by the EC in its Statement of Objections:

Google places search ads directly on the Google search website but also as an intermediary on third party websites through its "AdSense for Search" platform ("search advertising intermediation"). These include websites of online retailers, telecoms operators and newspapers. The websites offer a search box that allows users to search for information. Whenever a user enters a search query, in addition to the search results, also search ads are displayed. If the user clicks on the search ad, both Google and the third party receive a commission.

The EC alleges that Google has breached antitrust rules by imposing the following conditions:
The EC has claimed that the above practices have been in place for ten years.

The EC stated that Google’s actions in relation to Adsense:

Again, the EC has formed the preliminary view that Google has abused its dominant position in order to prevented existing and potential competitors, including other search providers and online advertising platforms, from entering and growing in this commercially important area.

While there has been some speculation that the EC investigations are a precursor to a broader plan to ultimately break up Google into a number of smaller companies, this speculation is fanciful. [3] Not only doesn’t the EC had the same monopoly break up powers that exist in the US, but the US Department of Justice has shown very little interest in even investigating Google’s conduct, much less in taking steps to force its breakup.

The real question is whether Alphabet may itself decide to break up Google into a number of separate companies at some time in the future.  However, what is clear is that any decision by Alphabet to go down this path will not be dictated by a fear of possible antitrust breakup, as was the case with the breakup of AT&T in the early 1980's.