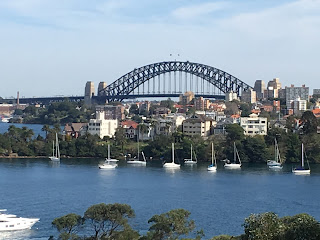 It is vitally important for all Australian businesses to have a thorough understanding of the new Unfair Contract Term (UCT) laws in relation to small business contracts.  These laws, which came into effect on 12 November 2016, state that any term in a small business standard form contract which is found to be an UCT will be void and unenforceable. While it is ultimately up to a court or a tribunal to determine whether a term is an UCT, the Australian Competition and Consumer Commission (ACCC) and the Australian Securities and Investment’s Commission (ASIC) have now signalled that they will be taking enforcement action in relation to UCTs which they find in small business standard form contracts.

Why was the UCT law introduced?

As explained by the ACCC, the new UCT laws were needed due to the prevalence of UCTs in small business standard form contracts. As stated by the ACCC -[1]

The ACCC also found that on average small businesses were offered about 8 standard form contracts over a twelve-month period.

How does the UCT law work?

There are number of discrete steps which businesses need to work through to determine whether a particular term is a UCT:
1. Is the contract a standard form contract (SFC)

A SFC is a contract which is offered on a take it or leave it basis. In other words, the terms of the contract are not subject to negotiation between the parties.

2. Is the SFC being offered to a small business?

If the contract is determined to be a SFC, the next step is to determine whether the SFC has been offered to a small business.

The ACCC has suggested that if a large business is in doubt about how many employees a business they are dealing with has, they should seek a written assurance from the small business about its employee numbers. The other option suggested by the ACCC is to simply assume that the contract is caught by the new small business UCT laws.

3. Is the value of the SFC below the statutory value limits?

In addition, the employee requirement, there is also contract value threshold which must be satisfied before the new UCT laws apply. The current thresholds are that the total upfront value of the SFC is either below $300,000 for a one year contract or under $1 million for a multiple year contract.

4. Is the contract term of contract excluded from the new laws?

The next step is to work out whether any of the various exclusions apply.

Other exclusions in terms of subject matter of the term include any terms which are required or expressly permitted by a law of the Commonwealth, a State or a Territory. This could include terms requiring a small business to obtain a particular State or Territory licence or terms which reflect legislative provisions which permitting the limitation of liability (for example exclusion of liability for high risk recreational services).

The legislation also specifically excludes particular types of contracts from the scope of the new UCT laws – namely:
Importantly, various financial services contracts are subject to the UCT legislation, such as the various SFCs used in the banking sector for credit cards, bank accounts and other financial products.

Once a business has worked its way through each of the above steps, the next step is to consider the substantive effect of the term and to determine whether that term is unfair. The legislation sets out three factors which, if established, would mean that a term is unfair.

A term of a small business contract is unfair if:

a. it would cause significant imbalance in the parties’ rights and obligations arising under the contract; and

b. it is not reasonably necessary in order to protect the legitimate interests of the party who would be advantaged by the term; and

c. it would cause detriment (whether financial or otherwise) to a party if it were to be applied or relied on.

As is apparent, the first step in the process in determining whether a term is unfair is to assess whether the term itself would cause a significant imbalance in the parties’ rights and obligations. This criterion is not linked to the size of the respective parties, which is only relevant to determining whether the contract is a SFC.

The legislation also states that the term “would” cause significant imbalance. This suggests that courts will only strike down terms will have a “material” and “meaningful” impact on the rights and obligations of one of the parties. Lesser impacts are unlikely to render the term a UCT.

Finally, the court must be satisfied that the term will cause determine to a party if it were to be applied or relied on. There are three issues to note about this factor:

(b) a party must show either financial detriment or other detriment. Therefore, non-financial detriments, such as time or inconvenience, or even reputational damage, may be sufficient to enliven the UCT jurisdiction; and

(c) the test is prospective, in the sense that the court will be required to speculate on the effect of the term if it was applied or relied on. Therefore, a party seeking to invoke the UCT laws will not need to show that the term was enforced or even that the other party threatened to enforcement the term. The mere existence of the term in the contract will be sufficient. Additionally, a claim by a business that they would never enforce a particular term will not save that term from being characterised as a UCT.

The fact that a party does not have to prove that the other party has sought to enforce, or threatened to enforce, the alleged UCT expands the reach of the UCT legislation considerably.

6. Is the term transparent?

A further consideration in determining whether a term is a UCT is whether the term is transparent. A term is considered to be transparent if it is:
The suggestion in the legislation is that terms which are not transparent are more likely to be characterised as unfair. In practical terms this means that highly legalistic language, small fonts and tightly packed and largely illegible text in SFCs may tip the balance in favour of the term being characterised as an UCT.

7. Looking at the whole contract

A final step in the process will be an obligation on the court to consider the whole contract. While not expressed in the legislation as a final step, in practice it is likely that the court will undertake a final overview of the entire contract before determining whether a particular contract term is a UCT.

The importance of this step is to ensure that a particular term is not being assessed by the court in isolation from the rest of the contract. It is likely that in many SFC’s, a number of terms will work to advantage of one party, whilst other terms will work to the advantage of the other party. Accordingly, it is important to ensure that the court looks at the overall balance of terms in the SFC to make sure that one party is not challenging a particularly disadvantageous term, whilst the same time gaining the benefit of a number of other advantageous terms.

(a) permit one party to unilaterally avoid or limit performance under a contract;

(c) penalise one party for a breach or termination of the contract;

(d) permit one party to vary the upfront price payable under the contract without giving the other the right to terminate the contract;

(g) permit one party to unilaterally vary the characteristics of the goods or services to be supplied, or the interest in land to be sold or granted, under the contract;

(i) limit one party's vicarious liability for its agents or its right to sue another party; and

On 10 November 2016, the ACCC issued a report entitled Unfair terms in small business contracts: A review of selected industries.[3] The purpose of this Report was to provide a breakdown of the common terms of concern identified in particular industries, and to discuss the kinds of changes that businesses made.

Unsurprisingly, the ACCC identified the following types of terms as being of particular concern:
Additional risk areas

In addition to the areas identified above, businesses should also be conscious of the following potential risk areas:

Terms which seek to exclude Australian jurisdiction in favour of overseas jurisdiction in relation to transactions made by small businesses within Australia may also be characterised as unfair. While such clauses are likely to be unenforceable to the extent that they seek to exclude mandatory protections such as those contained in the ACL in relation to consumer guarantees, it is arguable that such clauses may also be UCTs. Such clauses are particularly common in the IT industry in relation to the sale of hardware and software products to small businesses.

Arguably a clause in a SFC that states that a small business customer can only obtain a remedy under a SFC through compulsory arbitration in an overseas location, such as Singapore, may be characterised as an UCT, particularly where the contract value is relatively low. This is particularly the case where the term seeks to exclude all other legal avenues and makes binding arbitration in a foreign country the sole and exclusive dispute resolution process available to the small business consumer under the contract.

It is also arguable that contractual terms which prevent small business consumers from participating in class action litigation against large business suppliers may be characterised as a UCT. Such terms may be seen as unfairly excluding a small business’s legitimate legal rights to seek redress under the contract by joining a class action.

With the introduction of the new UCT laws for small business SFCs on 12 November 2016 it is vitally important for businesses to carefully review all of their SFCs to ensure that they do not contain any UCTs. This is particularly important given both the ACCC and ASIC have signalled that they will be moving from the education phase to the enforcement phase in relation to the new UCT laws. While the process of reviewing each SFC can be quite a laborious process (particularly for businesses with a large number of SFCs) the costs and inconvenience of undertaking this process are greatly outweighed by the clear and present danger of failing to identify and remove all UCTs from your small business SFCs.

Posted by Mike Terceiro at 06:53 No comments: