No privilege for in-house counsel 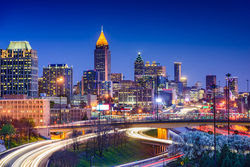 
In September 2010, the European Court of Justice decided that communications between a company and its in-house lawyer are not covered by legal professional privilege. The decision in this case must be considered quite out of step with the law in many other jurisdictions, including Australia. It may also cause some practical difficulties where multinational corporations seek to use in-house lawyers outside the European Union on global mergers.

Akzo Nobel Chemicals Ltd v Commission involved an appeal by Akzo against the judgement of the Court of First instance of the European Communities, which rejected their claim of legal professional privilege in respect of two e-mail messages between the company and its in-house lawyer. These two e-mails had been seized by the European Commission during a raid of Akzo’s premises in 2003.

After some discussion, it was agreed that the Commission officials would examine the relevant documents to determine whether the documents should be privileged. This narrowed the range of documents in dispute to five documents.

The Commission subsequently invited submissions from Akzo as to why these documents should be subject to a claim of legal professional privilege.

The three documents at issue consisted of:

As stated above, Azko appealed the first instance decision not to grant legal professional privilege status to the two e-mails.

Azko was joined in its appeal by a number of legal associations, including the International Bar Association, as well as the governments of the United Kingdom, Northern Ireland and the Netherlands.

The Commission’s main argument was that the relevant documents did not qualify for legal professional privilege as they did not meet the relevant test as established in Case 155/79 AM&S Europe v Commission (1982) ECR 1575. The test established in this case was that legal advice must be requested by the client and given for the purposes of the client’s right of defence. The Commission argued that the first e-mail was merely a request for comments on a draft letter, while the second e-mail only contained further drafting changes.

The Court held that in order to claim legal professional privilege in relation to communications with in house counsel two conditions must be met:
The second requirement of independence meant that the there must be an absence of any employment relationship between the lawyer and the client. In other words, legal professional privilege will not cover exchanges within a company or group with in-house lawyers.

The Court held that the concept of independence must be determined both positively and negatively:
The Court observed that despite a lawyer’s membership of a Bar Association or Law Society and the professional ethical obligations that they are subject to, they clearly do not enjoy the same degree of independence from their employer as a lawyer working in an external firm.

Consequently, the Court concluded that in-house lawyers are less able to deal effectively with conflicts of interest between their professional obligations and their employer and as such, legal professional privilege was not available.

While commentators on European union competition law did not see this case as an unexpected development, it does provide a strong indication that courts are looking to restrict the scope of legal professional privilege in relation to in-house lawyers.

The case is likely to create added complexities for multinational corporations which operate in the European Union and in other jurisdictions where claims of legal professional privilege can be made in relation to communications with in-house lawyers.

Such corporations will have to avoid situations where communications which they believe are protected in one jurisdiction, may subsequently lose this protection because the communication relates to a transaction or conduct which is the subject of an investigation by the European Commission.

Posted by Mike Terceiro at 02:59 No comments:

An Introduction to Price signalling 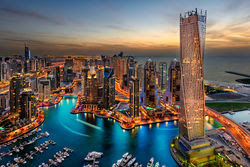 
Recently there has been considerable debate about the introduction of proposed price signalling legislation in relation to the banking sector, as part of the Competitive and Sustainable Banking package. Most of the commentators, ranging from journalists to lawyers, have been highly critical of the proposed laws which would make price signalling in the banking sector illegal under the Competition and Consumer Act 2010 (formerly the Trade Practices Act 1974).

The short article will discuss a recent US Federal court decision in relation to a price signalling allegation involving Delta Air and Air Tran. A consideration of this recent decision may go some way to better understanding the types of conduct which may be targeted by the proposed price signalling legislation in Australia.

The central allegation In re Delta/AirTran Baggage Fees, No. 10-md-2089 (N.D. Ga. Aug 2, 2010) was that Delta Air and Air Tran had attempted to engage in cartel activity through price signalling.

The plaintiffs in the case alleged that Delta and Air Tran agreed to increase prices for flights to and from Atlanta by introducing a surcharge on baggage. The plaintiffs based their allegations on a number of earning calls and industry meetings at which executives of Delta Air and Air Trans disclosed information about their pricing plans in public meetings.

For example, in one of the earnings calls, AirTran Chief Executive Officer Robert Fornaro was asked by an analyst if AirTran would impose a surcharge of $US15 on passengers’ first checked baggage. He allegedly responded that AirTran preferred to be a follower on the baggage-fee issue and would introduce such a surcharge if Delta introduced such a surcharge first.

In November 2008, Delta did in fact announce that it was going to introduce a surcharge of $US15 on the passengers’ first checked baggage. This was then followed by a similar announcement by AirTran about a week later – namely, that it would be introducing the same type of fee on the same day as the Delta surcharge was scheduled to take effect.

At the relevant time, Delta Air and AirTran together accounted for 92% of all air traffic out of the Hartsfield-Jackson Atlanta International Airport.

The central issue in the District Court case before District Court Judge Timothy C. Batten was whether the allegations should proceed or whether they should be dismissed on the grounds that they were unlikely to succeed at trial.

Judge Batten decided that the allegations of price signalling should be allowed to proceed. In deciding to allow the price signalling case to proceed, Judge Batten observed that Delta Air and AirTran are clearly each other’s closest competitors in the relevant market. He also stated that it was undisputed that the two companies closely monitored each other's earning calls.

Judge Batten concluded that “because the allegations in the plaintiff’s complaint contained sufficient factual specificity to establish unlawful conspiracy, dismissal would be improper.”

However, he stated that there may be a legitimate and lawful business justification for the introduction of the surcharge by Delta Air, given that it was acquired by Northwest in October 2008, and at that time, Northwest already imposed a similar surcharge on its passengers’ baggage. Therefore, there may be an argument that the introduction of surcharge was simply a standardisation of charges of across the merged group, and not the response to the price signal received from AirTran.

Judge Batten also dismissed two other claims that Delta Air and AirTran had attempted to monopolise certain markets through their alleged collusion in relation to baggage fees.

The Delta AirTran case demonstrates that a plaintiff or anti-trust regulator will need a significant amount of factual specificity in order to succeed in establishing a price signalling case.

However, one issue is abundantly clear from the Delta AirTran case - it is a very bad idea for the CEO of a large corporation to state publicly that they would only introduce a new fee if their major competitor did so before them and then proceed to do exactly that.

Posted by Mike Terceiro at 23:03 No comments: