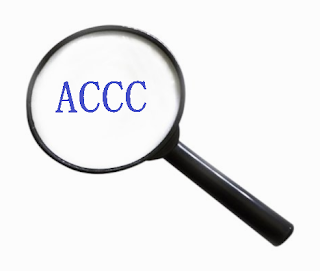 The ACCC has used its search warrant powers sparingly since the power was introduced in 2006. Up to June 2011, the ACCC had only executed ten search warrants.

However, it just a matter of time before the ACCC starts utilising its search warrant powers more regularly. Virtually every other major overseas competition law enforcement agency uses search warrants extensively, particularly in relation to cartels.

Therefore, it is important for businesses to understand how to respond to an ACCC search warrant. Businesses should also consider developing their own action plan so they know what to do in the event that the ACCC turns up unannounced with a search warrant.

The ACCC’s search and seizure powers are contained in Pt XID of the CCA.

The ACCC can apply to a magistrate for a search warrant if it satisfies s 154X. This section states that a magistrate may issue a warrant if they are satisfied that there are reasonable grounds for suspecting that there is evidential material on premises or there will be evidential material on premises within the next 72 hours. To be valid, the search warrant must contain particular information.

Evidential material is defined as a document or thing which may afford evidence of a contravention of the CCA.[i]

Powers and obligations of the ACCC

The search warrant must be executed within one week of being issued by the magistrate.

(a) enter the premises

(e) take and use equipment at the premises for the above purposes.

Section 154G(1A) permits the ACCC to take photographs, or make video recordings, of the premises or of anything at the premises for a purpose incidental to the execution of a search warrant or with the occupier’s consent.

Moving items to other locations

Section 154GA permits the ACCC to move anything found at the premises to another place for examination or processing to determine whether it may be seized. This section may be used by the ACCC to remove hard disks if it is unsure whether they contain evidential material.

If the ACCC removes hard disks under s 154GA, it has a number of obligations. Under s 154GA(2), it must inform the occupier of the place and time when the ACCC will be examining or processing the information and must also allow the occupier or their representative to be present. Under s 154GA(3), the ACCC can only keep the thing for 72 hours, unless it obtains an extension from a magistrate.

Section 154H states that if the executing officer believes on reasonable grounds that data accessed by operating electronic equipment at the premises might constitute evidential material, they may do only one of three things:
The difference between ss. 154GA and 154H is that under the former, the thing is not being seized by the ACCC pursuant to the warrant but rather is being moved to another place to be examined or processed to determine whether it contains evidential material which can be seized under the warrant.

To invoke s 154H, the ACCC must first form the reasonable belief that any electronic equipment (that is, a computer or server) ‘might’ contain evidential material. The inspector must also be satisfied that the requirements of s 154H(5) are met; that is, that data cannot be printed out or copied.

Section 154M requires the ACCC to announce its entry and to give the occupier an opportunity to allow entry. Under s 154N, the ACCC must make a copy of the search warrant available to the occupier.

Rights and responsibilities of occupiers

The occupier also has a number of rights and responsibilities. Under s 154P, the occupier is entitled to observe the search, as long as they do not impede the search. The occupier must provide the ACCC with reasonable facilities and assistance during the execution of the search warrant, such as access to photocopiers.

Under s 154R, the executing officer has the right to ask occupiers questions and to request that occupiers produce evidential material. The occupier must answer questions put to them by ACCC officers. The maximum penalty for failing to answer questions or to provide material is $3,300 or 12 months’ imprisonment. The occupier does not have any privilege against self-incrimination, except in relation to subsequent criminal proceedings.

When will the ACCC use a search warrant?

Despite a great deal of rhetoric around the time of the introduction of the search warrant power that it was needed to assist the ACCC in its fight against cartels, this has not played out in practice. Most of the search warrants have been issued in relation to consumer protection investigations.

The ACCC is more likely to use search warrants where it has received ‘inside’ information from an informant, such as a former employee, who has detailed knowledge of potentially incriminating documents, and their locations within the company’s premises.

Another significant consideration will be the logistical complexity of executing a search warrant. For example, it will be much more difficult to execute search warrants at numerous premises or premises with multiple entry and exit points.

Another area where the ACCC may seek to utilise its powers in the future is to prevent carbon tax price gouging, as it did in trying to prevent price exploitation during the introduction of the GST.

Execution of a warrant

The ACCC will undertake a great deal of planning prior to executing a search warrant. Not only must the ACCC identify the documents which they wish to seize, but they must also work out the locations of the relevant documents. The ACCC will endeavour to obtain information about the layout of the premises from former employees.

The ACCC will usually have between ten to 40 people in attendance during the execution of a search warrant, including at least two AFP agents and a number of forensic IT personnel, whose role it will be to copy hard drives.

On arrival, the ACCC inspector must identify who they are and give the occupier the opportunity to allow access. The occupier should permit access or risk being arrested.

Some legal advisers suggest that occupiers should ask the ACCC to wait until the occupier’s legal advisers arrive. There is no harm asking the ACCC to do this although the ACCC does not have to agree to wait. Indeed, it is very unlikely that the ACCC will agree to any delay which may provide occupiers an opportunity to destroy evidentiary material.

The occupier should then check the search warrant to ensure that it complies with s 154X to include:

(a) a description of the premises

(e) the day (not more than one week after the issue of the warrant) on which the warrant ceases to have effect.

The occupier should check that the search warrant is being executed within one week of the issue date and within any stipulated hours. Again, if not, the occupier can ask the inspector to leave. The occupier should then contact their lawyer to ask them to attend the premises.

Most occupiers make the mistake of directing their employees to leave search areas or send them home. This is a mistake because the occupier’s lawyers will most likely be unable to observe the entire search because it is being conducted in multiple locations simultaneously.

A better approach is for the occupier to try to organise their staff into teams and task them to observing all aspects of the search. The occupier should assemble employees and advise them that they:

Employees should be asked to pay particular attention to whether ACCC staff are searching any files which may contain legal advice or any other communications with legal advisers.

Finally, the ACCC has the right to prevent any persons removing items from the premises, such as laptop computers or files. Accordingly, if a staff member has to leave the premises, the ACCC will request that they do not remove any items which may contain evidential material.

The ACCC also has the right to search any bags or briefcases which a staff member may be removing from the premises to determine whether they contain evidential material.

What can the ACCC take during a search warrant?

The ACCC can seize evidential material, which is material which discloses, or may be relevant to, the contraventions alleged in the search warrant.

The ACCC can choose to:
Legal professional privilege

The main issue which arises during a search is whether the ACCC wishes to seize any documents which may be subject to a claim of legal professional privilege (LPP). If the occupier believes that particular documents may be subject to LPP, they should ask the inspector to place the documents in a sealed envelope pending resolution of the LPP claim. The occupier should insist that any potentially privileged documents are kept away from the investigatory team until the LPP issue is resolved.

As soon as the occupier finds out what information has been seized, they should review the material for relevance and LPP. If the occupier believes the ACCC has seized any material which may be privileged, it should immediately raise these concerns with the ACCC and ask that the investigatory team have no further access to these documents until the LPP issue is resolved.

This raises concerns about the utility of s 154GA. It seems that the ACCC can avoid the safeguards in s 154GA by simply claiming, in every case, that it has decided to seize electronic equipment under s 154H. It is quite clear from s 154H that seizure of such things as hard disks is an exceptional step. Under s 154H, the ACCC can keep the hard disks in its exclusive control for up to 120 days. This contrasts with s 154GA where the ACCC has supervised access to hard disks for 72 hours.

Therefore, businesses should spend some time developing their own ACCC search warrant action plan. Once you have developed your plan you should go the next step and conduct a mock search to assess how your plan works in practice.


[i] As well as Pt 20 Telecommunications Act 1997, Pt 9 Telecommunications (Consumer Protection and Service Standards) Act 1999 or specific provisions of the Commonwealth Criminal Code.
Posted by Mike Terceiro at 23:41 No comments: