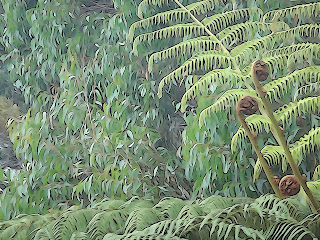 Businesses are increasingly keen to present an environmentally friendly or "green" image to their customers. Both large and small businesses realise that it makes good business sense to offer environmentally conscious consumers the option of a green product or service. Customers are often willing to pay a significant price premium for a green product.

Unfortunately, many businesses, including large businesses, have made fundamental mistakes in their green marketing. Instead of getting positive publicity for offering a green alternative, these companies have received negative publicity for their “green wash”. In some cases, these companies have had to grapple with unwanted attention from the ACCC.

This article explores some of the green marketing mistakes that businesses have made in trying to sell their green credentials and proposes some guidelines that practitioners can use to help their clients to avoid these kinds of mistakes.

that goods are of a particular standard, quality, composition or have had a particular history; or that goods have performance characteristics or benefits they do not have.

These provisions are mirrored under state fair trading legislation which applies to corporations, individuals and unincorporated entities.

The remedies available for a contravention of ss.52 and 53 include injunctions, declarations, damages, corrective advertising and non-punitive orders.

Practitioners should be aware criminal penalties of up to $1.1 million per contravention[1] may be available to punish more serious misrepresentations about environmental benefits.

One important aspect of the civil liability regime under the TPA is that it establishes a reverse onus of proof for representations about future matters.[2] Therefore, if your client makes a representation about the future environmental benefits of their product, it may bear the onus of demonstrating that it had reasonable basis for such representations.

There are many groups monitoring the green claims made by business and there is a high likelihood of getting caught out if you make false green claims. First, the Australian Competition and Consumer Commission (ACCC) appears to have made green claims an enforcement priority. The ACCC has been very active in this area, having taken an increasing number of green representation cases in the last 12 months.

Second, there are a large number of vigilant and sophisticated non-government organisations constantly on the lookout for green claims that are misleading. For example, a complaint by the Total Environment Centre prompted the ACCC to investigate EnergyAustralia (discussed below). These organisations can also initiate their own private actions of breaches of the relevant civil provisions of the TPA.

The final major risk is posed by competing businesses. Competitors will be very keen to complain to the ACCC about a green claim which does not stack up.

ACCC enforcementThe ACCC is increasingly active in the area of green marketing claims. In the last 12 months it has concluded eight investigations into green claims.

The first notable series of environmental investigations taken by the ACCC relate to claims made by the Australian air-conditioning industry that its products were “environmentally friendly”. The first case was taken against Sanyo Airconditioning Manufacturing Singapore Pte Ltd,[3] which claimed that its Eco Multi Series air conditioners had "environmentally-friendly HFC 'R407C' Added" and were "for a new ozone era - keeping the world green".

A problem with this representation is that R407C is considered to be a potent greenhouse gas and as such is hardly “environmentally friendly”. Another gas used in the Eco Multi Series was R22, an ozone depleting hydrochloroflurocarbon, is clearly not beneficial to the ozone layer.

Two important issues arise from this case (which was settled by consent).

Second, the ACCC took action against Sanyo Airconditioning for both the text used in its marketing materials as well as the images of trees, the sea and the moon. The ACCC formed the view that such images conveyed a strong environmental message to consumers.

Following this case, there were two further notable investigations into Daikin[4] and Dimplex[5] for making similar representations. In each of these cases the companies entered into s.87B undertakings to cease making the green representations and carry out a range of corrective remedies, including publishing corrective notices on their websites and industry magazines and writing corrective letters to customers and distributors.

Another area of ACCC activity relates to green representations made in relation to motor vehicles.

Recently, the Federal Court declared by consent that representations made by GM Holden Ltd about the environmental benefits of Saab motor vehicles were misleading.[6] In particular, GMH made the claim that “Every Saab is green. With carbon emissions neutral across the entire Saab range”. The basis for this claim was that GMH would plant 17 native trees per vehicle to offset the emissions generated during the life of each motor vehicle. In actual fact, the 17 trees would have only offset the carbon emissions for one year of motor vehicle’s operation.

GMH was ordered to refrain from making such representations in the future and to retrain its marketing staff. However, the largest cost to GMH (apart from the damage to its credibility as a seller of “green” products) was its offer to plant an additional 12,500 trees to offset the carbon emissions from the motor vehicles which it did sell during the Saab "Grrrrrreen" advertising campaign.

Another recent ACCC matter involved green representations by V8 Supercars as part of its ‘Racing Green Program’.[7] V8 Supercars claimed that planting 10,000 native trees would offset the carbon emissions from the V8 Championship Series as well as all associated transport emissions of the racing teams travelling to events. The ACCC was concerned that consumers would understand that the 10,000 trees would absorb the carbon emissions in a short period of time, when in actual fact the emissions from one year of racing would only be absorbed by these trees over several decades.

The final matter involved representations made by Goodyear about its Eagle LS2000 range of tyres.[8] Goodyear said that this tyre range was environmentally friendly, designed for minimal environmental impact, and that its production processes resulted in reduced carbon dioxide emissions. Goodyear settled this matter with the ACCC by providing a s.87B undertaking in which it admitted that these environmental benefits could not be substantiated.

The ACCC has also looked at green claims made by energy companies. It investigated EnergyAustralia’s representations about its CleanAir and GreenFuture non-accredited electricity products.[9] EnergyAustralia claimed that consumers who signed up would get “100% green electricity at no extra cost” and that “for every kilowatt hour of electricity you buy, the same amount of electricity will be generated from 100% renewable sources, and that’s guaranteed”.

The ACCC was concerned that consumers would conclude that they were supporting new sources of renewable energy rather than simply offsetting their electricity against existing sources. While EnergyAustralia did not admit that its representations were misleading, it did acknowledge that customers may have been confused by the representations. EnergyAustralia agreed to a range of remedies including compensation, corrective letters to customers and a contribution of $100,000 to an educational brochure to explain the difference accredited and non-accredited products.

The main lessons to come out of this review of ACCC investigations are:

There are three key resources for practitioners who are advising clients in the area of green marketing claims:

This guide was released by the ACCC in 2008. It explains the specific sections of the TPA that may apply to green marketing claims.

In section 4 there is a useful “Checklist for marketers”. This checklist provides a list of the types of questions practitioners should be asking their clients about their products before signing off on any environmental marketing campaign or advertisement.

This guide was also issued in 2008. It provides a useful guide to how businesses can make carbon claims that will stand up to scrutiny. There are three main types of claim:
Section 2 deals with carbon offsets. The section defines relevant terms and provides an insight into some of the issues to be aware of – for example:
Section 3 deals with carbon neutral and low carbon claims. Reference is made to the generally accepted means of understanding and quantifying greenhouse gas emissions under the Greenhouse Gas Protocol.[13] This protocol uses the term “scopes” to describe emission sources as either:  The ACCC encourages businesses to use these concepts when making carbon neutrality claims. This is helpful advice as a business is likely to breach the TPA if it claims that a product is carbon neutral on the basis of scope 1 – direct emissions, but fails to consider scopes 2 and 3. Any marketing claim should be qualified to clearly explain the extent of the carbon neutrality.

The ACCC also provides some practical advice on how to assess a business’s carbon footprint by use of a footprint calculator. Like any such calculation, the end result is only as good as the information fed into it. Businesses need to be very careful to ensure that they have reliable and detailed information before trying to work out their carbon footprint.

The guide also talks about the risks of making low carbon claims. The ACCC is of the view that if a business fails to explain the appropriate context for such claims, they will usually be too vague to be properly understood by consumers.

Finally, in section 4 the ACCC provides a checklist for businesses which are intending to make a carbon claim.

This Australian and New Zealand Standard has been in existence since 2000. While it is still not a mandatory standard, given the interest in green marketing claims in the community, it is only a matter of time before a mandatory standard is introduced. Accordingly, it is worthwhile to consider the main aspects of this standard as it provides some good insights on how to ensure green marketing claims are not misleading or deceptive.

The objective of this standard is described as “to harmonize the various national guidelines on environmental claims used in product labels and in marketing generally, in order to facilitate trade in the global marketplace and to give consumers confidence in environmental claims”.

The object of giving consumers confidence in environmental claims is particularly important in the green marketing area. Consumers do not have the time to fully research the scientific evidence which bears on a green claim. Accordingly, consumers are more reliant on the accuracy of the green marketing material when making their purchasing decision.

Clause 5.4 states that claims that a product is “free” of an environmentally damaging substance should also not be used. The reason being that such claims cannot generally be demonstrated to be literally true owing to the presence of trace contaminants.

Clause 5.7 provides a checklist of specific requirements that every environmental claim should meet in order to satisfy the standard. For example there is a requirement that environmental claims be accurate and not misleading, and that they can be substantiated and verified. There are also requirements to ensure that consideration is given to the entire life cycle of the product and that any comparative claims are clear and accurate.

However, if businesses and their practitioners carefully consider the key resources identified in this article, namely the green marketing and carbon claims guides issued by the ACCC and the current Australian Standard on self-declared environmental claims, they will minimise this risk.

Practitioners should recognise that one implication of following these guides is that sometimes a proposed environmental claim will simply be too qualified or complex to be used in any marketing campaign. However, it is much better to abandon the use of a claim at an early stage than to be the subject of an ACCC investigation, with the resultant negative publicity, if an oversimplified or otherwise misleading green claim is caught short.