The Untold Story: The ACCC's Role in the Waterfront Dispute - Part 19 - Conclusion 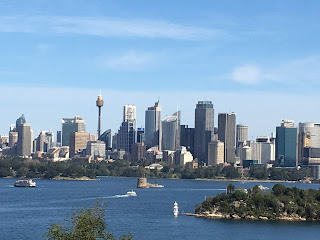 The history of the Waterfront Dispute has been described in considerable detail in the book Waterfront: The Battle that Changed Australia, as well as in the ABC Mini-Series Bastard Boys. While both of these “histories” are to be commended for what they attempted to cover, they both failed to provide a balanced account of events. Neither side of the dispute demonstrated any integrity in the way they behaved during the Waterfront Dispute.

It is quite apparent from the information which has become public since the end of the Waterfront Dispute that the Howard Government conspired with Patrick Stevedores to sack its MUA workforce. It is also clear that the MUA and the ACTU made a conscious decision to pursue their own narrow political agenda, rather than making any attempt to respect the rule of law.

The only party which demonstrated any integrity and showed any respect for the rule of law during the Waterfront Dispute was the ACCC.

Despite the constant criticism and considerable pressure placed on the ACCC, it successfully resisted this pressure. The ACCC intervened in the dispute in an appropriate way at the appropriate time.

The ACCC also resisted even greater pressure at the end of the dispute when all the parties were trying to force the ACCC to walk away from its case. The ACCC resisted this pressure and refused to settle its litigation until it had achieved some meaningful outcomes for small businesses.

Many of the MUA workers who were sacked were subsequently offered generous redundancies. Since the Waterfront Dispute the MUA’s membership has continued to rise steadily so that it now has 14,000 members, which is more than it had in 1998. The MUA also continues to enjoy a labour monopoly on the Australian waterfront.

Patrick and P&O also benefited from the Waterfront Dispute as their MUA redundancies were paid for by the Australian public, through a container levy, rather than by the companies themselves. Patrick Stevedores (now Asciano) and P&O (now DP World) continue to enjoy a stevedoring duopoly on the Australian waterfront.

The Howard Government won the 1998 election and was able to avoid a Royal Commission into its role in the Waterfront Dispute.

The ACTU enjoyed a short-lived resurgence in popular support for unions which saw union membership increase in a number of industries.

The biggest looser during the Waterfront Dispute was without doubt the rule of law. Both sides of the dispute paid scant regard to the rule of law when it did not suit their ideological imperatives.

The MUA and ACTU chose to ignore the secondary boycott provisions of the TPA by engaging in, and encouraging, broad ranging and violent boycotts throughout Australia. Furthermore, the MUA and ACTU relentlessly attacked the ACCC when it sought to do its statutory duty and enforce the law.

Having said this, it was the rule of law which ultimately prevailed when the High Court ruled that Patrick Stevedores had to reinstate its sacked MUA workers. This was the key event (which was reached by the High Court in record time) which most contributed to the speedy and final resolution of the dispute.

As stated in an earlier post, the ACCC knew within 48 hours of the MUA workforce being sacked that Patrick’s conduct was likely to be found to be illegal by a court and further that the court was likely to order that the MUA workers be reinstated. If the ACCC knew this fact, there is little doubt that the MUA and ACTU also knew that this was going to be the likely outcome once legal proceedings had been commenced. However, the MUA was determined to do anything it could to prevent even one non-union worker from working as a stevedore in Australia, even though it knew that the court would ultimately rule in its favour.

I hope that the account which I have provided on this blog has helped readers understand more about the ACCC’s role in the Waterfront Dispute as well as the reasons why the ACCC became involved.

In many respects, the ACCC’s role in the Waterfront Dispute represents the best example of the ACCC’s enforcement ethos– namely, to always enforce the TPA and the CCA without fear or favour.

While this post completes The Untold Story: The ACCC's Role in the Waterfront Dispute, the story does not end here.

As stated above, some ACCC staff, including myself, were quite unhappy with the settlement reached with the MUA in the Waterfront Dispute. We had a view that the MUA had more or less gotten off scot-free, considering that it had engaged in a large number of blatant breaches of the TPA. Accordingly, the first thing we did once the settlement with the MUA in relation to the Waterfront Dispute had been signed off, was pick up our pens and recommence work on our hold cleaning investigation.

Therefore, by way of an Epilogue, I will be writing one further post in this series (to be entitled Unfinished Business) in which I will provide an outline of the ACCC’s successful case against the MUA in relation to hold cleaning.