ACCC and the Max Brenner Boycotts 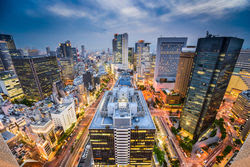 
Recently, Mr Michael O’Brien, the Victorian Minister of Consumer Affairs, stated that the actions of various anti-Israel activists in boycotting Max Brenner stores is likely to be illegal. Mr O’Brien has also called on the ACCC to take urgent legal action against the persons engaged in the boycotts.[1]

Mr O’Brien is correct in his assessment that the alleged boycotts are likely to constitute a contravention of section 45D of the Competition and Consumer Act 2010 (CCA) (formerly the Trade Practices Act 1974). Furthermore, he is right to call on the ACCC to take immediate action to prevent the boycotts continuing.

Unfortunately, the ACCC has been quite inactive in the enforcement of the secondary boycott provisions of the CCA for many years. The last cases which the ACCC took under these provisions were settled in late 2006. Whether this inactivity in relation to secondary boycotts is due to the absence of appropriate cases or due to a lack of political will by the ACCC due to the election of the Federal Labor government in 2007, is unclear.

However, the ACCC should immediately commence an investigation into the apparently blatant illegal boycotts of Max Brenner stores.

Boycotts are prohibited under Part IV of the CCA. The relevant provision in relation to the alleged boycotts of Max Brenner stores is section 45D.

A supply boycott under section 45D(1)(a)(i) arises where two persons act in concert to prevent a third person from supplying goods or services to a fourth person.

In the case of the boycotts of Max Brenner stores, this provision would operate as follows:
While the alleged conduct in relation to Max Brenner appears to satisfy section 45D(1)(a)(i), the complication arises with the application of subsection 45D(1)(b). This subsection states that in order for section 45D to apply, the conduct must have the purpose and effect of causing the fourth person substantial loss or damage.

Having said that, it is likely the acquisition formulation under section 45D applies to the Max Brenner boycotts.

An acquisition boycott arises under section 45D(1)(a)(ii) where two persons act in concert to prevent a third person from acquiring goods or services from a fourth person.

In the present case, this provision would operates as follows: Defences

There are a number of defences to a breach of section 45D. However, it is unlikely that any of these defences apply to the boycotts of Max Brenner stores.

Second, it is a defence to section 45D if the dominant purpose of a person’s conduct is substantially related to environmental protection or consumer protection. This is also clearly not the case in relation to the Max Brenner boycotts.

Finally, there is no defence in the CCA to liability for an illegal boycott on the ground that the person is engaged in a political protest.

The main issues which the ACCC has to pay particular attention to in conducting an investigation into the alleged breaches of section 45D by the anti-Israel protestors are:

This is because the parties involved are often briefed not to disclose their identity to any authorities, particularly the ACCC. It is a very rare occurrence for individuals involved in a boycott to identify themselves by say, holding up a placard stating the name of their organisation or by wearing identity badges.

Accordingly, in the past the ACCC has often had to rely on visual identification of the individuals involved in the boycott to establish their case. This approach will only work if the persons engaging in the boycott are known by sight to other persons assisting the ACCC and then only if these persons are willing to provide evidence for use in legal proceedings.

Unfortunately, in the case of the Max Brenner boycotts it is very unlikely that the individuals involved will be known to either the ACCC or Max Brenner.

Therefore, in order to obtain a pecuniary penalty the ACCC will have to prove that the boycotts were engaged in by a body corporate. The ACCC can do this one of two ways.

First, the ACCC can seek to obtain admissions from officers of the body corporate of the involvement of the body corporate in the boycott either orally or from the organisation’s documents. For example, in the present case, the ACCC should be trying to identify public statements by organisations either admitting their involvement in the boycotts or inducing others to engage in the boycotts. For example, the media release issued by the Communist Part of Australia entitled CPA Statement on Israeli Boycotts, dated 30 March 2011, may constitute an example of an organisation inducing others to breach section 45D.[2]

Alternatively, the ACCC can establish the liability of a body corporate by utilising section 45DC. Under this provision, if it can be established that two or more of the persons involved in a boycott are members or officers of the same employee organisation, then that employee organisation will be deemed to have engaged in the boycott unless they can prove otherwise.

In other words, if it can be proved that two of the persons who engaged in a Max Brenner boycott were members of, say, the Maritime Union of Australia (MUA), then the MUA could be held legally liable for the boycott. This liability would be subject to the MUA being able to prove that the relevant employees were acting independently and without the authority of the MUA.

However, if two of the persons engaging in a boycott were members of a political party, for example the Greens, section 45DC would not apply. This is because the section only deems employee organisations to be liable under section 45D for the acts of their members.

The final issue to note relates to the special rules which relate to proving purpose under section 45D. Subsection 45(2) of the CCA states:


(2) A person is taken to engage in conduct for a purpose mentioned in subsection (1) if the person engages in the conduct for purposes that include that purpose.

The usual rule under the CCA, as embodied in section 4F, is that a party can only be held liable for a purpose which is considered to be a substantial purpose. However, the effect of section 45D is to make a party liable for simply having a purpose of causing substantial loss and damage, irrespective of how significant or substantial that purpose is compared with all other purposes.

Therefore, if the anti-Israel protestors claimed that the overriding purpose of their boycott was to protest Israeli government policies, and that causing Max Brenner substantial loss and damage was only a secondary and insignificant purpose, this admission would be sufficient to establish the purpose requirement under section 45D.

Despite the ACCC’s apparent unwillingness to enforce the secondary boycott provisions of the CCA over the last five years under the Chairmanship of Graeme Samuel , it is appropriate for the ACCC to heed the calls from Mr O’Brien and intervene in the Max Brenner boycotts. The recent boycotts by the anti-Israeli protestors appear to constitute a blatant breaches of the secondary boycott provisions of the CCA.

Furthermore, inaction by the ACCC on this issue could very well encourage other activist groups to engage in similar boycotts against other businesses who are associated with countries whose policies they do not like. This may lead, in turn, to other private retail businesses suffered substantial loss and damage at a time when they can ill afford such illegal disruptions to their businesses.

Whatever ones political beliefs in relation to the Israeli Government’s policies may be, it is essential that all groups in our society respect and abide by the rule of law. If any groups choose to ignore or flaunt the rule of law, they must be forced to abide by such laws by law enforcement agencies such as the ACCC.