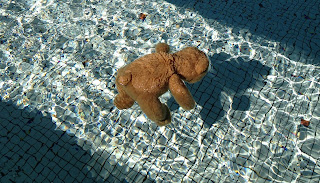 On 30 March 2010, the ACCC announced that it had reached a settlement with Woolworths, after its subsidiary, Big W, conducted a “major recall of children’s nightwear”.

The ACCC News Release stated that “after being advised of the breach” by the ACCC, Woolworths “undertook a voluntary recall across dozens of styles across its nightwear range, including 19 styles from the Pink Sugar and Bed Bugs Single Nighties range and eight styles from the Selected Sleepwear Nite Club Nightwear range”. Obviously, Big W’s failure to comply with the mandatory standard for children’s nightwear was quite significant.

What action did the ACCC take in relation to this clearly significant breach of the product safety laws?

Woolworths also agreed to donate $200,000 to the Sydney Children’s Hospital and provide a further $200,000 to a research project into the mandatory safety standard. Therefore, Woolworths had to part with a mere $400,000 in relation to multiple contraventions of the Trade Practices Act 1974 (TPA).

It is important to put Woolworth’s conduct in context. In the present case, Woolworths contravened the TPA each time it sold one single item of children’s nightwear which did not comply with the mandatory standard. The maximum criminal penalty for a breach of the relevant product safety provision is $1.1 million per contravention.

Therefore, Woolworths incurred a maximum criminal liability of $1.1 million each time it sold one single item of children’s nightwear which did not comply with the mandatory standard. If Woolworths sold 10 items of clothing through Big W in breach of the mandatory standard, then it was potentially liable for a total criminal penalty of more than $10 million. No doubt, Big W sold a lot more than 10 items of children’s nightwear.

Woolworths also agreed to take other remedial steps such as:
One very disconcerting aspect of the undertakings is the definition of “Children’s Nightwear products”. It appears that the term “Children’s Nightwear products” was defined in the undertaking to mean only Big W exclusive brands or products licensed exclusively to Big W. Accordingly, Big W’s obligations under the Action Plan and the related remedies appear limited only to this narrow range of products.

However, a retailer’s legal obligation to prevent the sale of products which do not comply with the mandatory standard is much broader. Section 65C of the TPA states that:

Therefore, it would appear that Woolworths has limited the scope of Big W’s Action Plan and related remedies to ensuring compliance with mandatory product safety standards for children’s nightwear products which are either Big W exclusive brands or products licensed exclusively to Big W. This is despite the fact that Big W has an obligation to ensure that all the children’s nightwear products which it sells comply with the mandatory standard.

One may take the view that Woolworths and Big W were treated appropriately in the present case because it was the first time they have breached product safety laws.

Unfortunately, Woolworths is not a first time offender.

Woolworths have been accused by the ACCC of breaching products safety standards on two earlier occasions.

In 1996, the ACCC took legal action against Woolworths and a number of its subsidiaries for selling and offering for sale six styles of children’s nightclothes which did not comply with the mandatory standard.[ii] Woolworths settled this litigation by admitting that it had breached section 52, 53(a), 53(c) and 65C of the TPA.[iii] It also provided a range of other undertakings:

If these remedies sound familiar, they are. They are effectively the same remedies which Woolworths offered the ACCC in 2010 to settle their most recent product safety breaches. The only significant difference is that the measures agreed to by Woolworths in 1996 applied more broadly to all new product lines of children’s nightclothes sold by Woolworths, whereas the measures agreed to in 2010 are limited to Big W exclusive brands or products licensed exclusively to Big W.

At the time of the 1996 settlement, Professor Fels made the following comment:


Although Woolworths has for many years had a system of checking for compliance with this standard, it is quite clear that its systems were not fool proof. When human errors of this sort can get through it’s clearly time to revisit the controls the companies have in place. The aim of the review is to minimise the likelihood of such a problem occurring again, and at the same time to maximise the speed and efficiency with which products are removed from sale and recalled.

Unfortunately, these measures do not appear to have achieved their stated aims.

In October 2006, Big W was accused by the ACCC of having sold children’s swimming aid vests which did not comply with the mandatory product standard for flotation devices.[iv] Big W sold up to 4000 non-compliant Maui swimming vests exclusively through its stores on a national basis.

Big W was able to settle this matter administratively by agreeing with the ACCC to:
One particularly curious aspect of this matter was the following comment by ACCC Chairman, Graeme Samuels about Big W conduct:

The ACCC was particularly concerned that Big W, once alerted by Brand Direct that there may have been a problem with the vests, continued to sell them for another week until it received written notification from Brand Direct requesting that the vests be withdrawn from sale.

Such an attitude towards compliance would ordinarily provoke a regulator to taking legal action against a trader. However, in this case, the regulator opted for an administrative settlement.

Despite Woolworths being a three time loser, the ACCC has never instituted criminal proceedings against it for breaching product safety laws. In actual fact, the clear trend at the ACCC appears to be that it will settle such matters administratively, once Woolworth’s promises to review its product safety systems (yet again) and provide its staff with (yet another) product safety refresher course.