Largest ever fine of $2.7 billion imposed for glass cartel 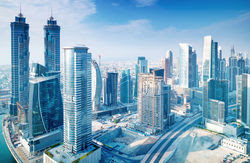 
The European Commission has imposed the largest fine in the history of antitrust enforcement for illegal market sharing conduct by a number of manufacturers of car glass. The total fines imposed against the four companies involved in the cartel were 1.3 billion euros or 2.7 billion Australian dollars. The largest fine of 896 million euros or 1.7 billion Australian dollars was imposed on Saint-Gobain.

The EC alleged that between 1998 and 2003 Saint-Gobain, Pilkington, and Asashi discussed target prices and engaged in market sharing and customer allocation at meetings held at various locations. A fourth company, Soliver took part in some of these meetings –

The EC investigation was triggered by an anonymous tip-off. Based on this information, the EC conducted dawn raids on each of the companies. Shortly after the raids, Asashi lodged an application for leniency under the EC’s 2002 Leniency Notice. Asashi provided full cooperation and was rewarded with a 50% discount off its fine.

The size of the fines imposed against Saint-Gobain reflects the fact that the company is a repeat offender. Saint-Gobain had already been the subject of cartel actions by the EC in relation to the supply of flat glass in the Benelux countries in 1988 and in Italy in 1984. Because of Saint-Gobain’s previous record, its fines were increased by 60% under the EC’s 2006 Guidelines on Fines.

This case demonstrates the global trend of antitrust penalty regimes towards larger fines. Most antitrust jurisdictions have moved away from a set maximum fine for cartel conduct preferring, instead to penalise a company by reference to either the financial gain that it derived from the cartel conduct or a percentage of its total sales turnover.

In most cases, the antitrust regulator has not been able to calculate the financial gain obtained from the cartel conduct. As a result, the default position has been to impose a fine or penalty based on the company’s sales turnover during the period of the cartel conduct.

A consequence of calculating the relevant fine by reference to the total sales turnover of a company is that total fines have increased significantly in both Europe and the United States and are likely to rise in Australia.

A similar approach has been taken in Australia to calculating the appropriate fine for cartel conduct. Relevantly, section 76(1A) of the Trade Practices Act 1974 (TPA) provides -

(iii) if the Court cannot determine the value of that benefit--10% of the annual turnover of the body corporate during the period (the turnover period ) of 12 months ending at the end of the month in which the act or omission occurred…Section 76(1A)(ii) establishes a formula whereby the financial gain over the entire life of the cartel is first calculated and then multiplied by 3.

However, antitrust authorities have found it virtually impossible to work out the financial benefits obtained by members of a cartel. Consequently, the percentage of sales turnover has been used by antitrust regulators in most cases.

An example of how significant the introduction of section 76(1A)(iii) would be in escalating the penalties for cartel conduct in Australia can be appreciated by looking at the penalties imposed against Woolworths in the liquor case.

In 2003, the ACCC commenced legal proceedings against Woolworths and Liquorland for entering into illegal agreements with small business competitors. In 2006, the Federal Court found that the conduct contravened section 45 of the TPA - http://www.accc.gov.au/content/index.phtml/itemId/773813/fromItemId/622289.

Justice Allsop ordered that Woolworths pay a pecuniary penalty of $7 million for its illegal conduct. However has the 10% sales turnover approach been applied in this case, the total penalty could have been as high as $3.8 billion based on a total sales turnover of Woolworths Limited in 2006 of $38 billion.

Over the next five years in Australia, pecuniary penalties for cartels and indeed all contraventions of the restrictive trade practices provisions of the TPA are going to increase dramatically. The application of the 10% sales turnover approach is going to increase corporate penalties in most cases from less than $10 million currently, to corporate penalties in the tens of millions of dollars.

Most trade practices practitioners have been focussing on the proposed introduction of criminal penalties including jail time for engaging in illegal cartel conduct. However, companies should not forget the very significant changes that have been made to civil penalty regime which raises the maximum penalties for a contravention of Part IV of the TPA to a new level.

There is a clear intent within Government to increase the punishment for illegal anticompetitive conduct, particularly cartels. Companies need to respond to this new environment by ensuring that they have an up-to-date, comprehensive and effective trade practices compliance program. Companies will also have to be increasingly vigilant in monitoring all contact between their employees and their competitor's employees to ensure that their company is not held liable for a multi-million dollar penalty due to their employee's actions.